"Rose is an unusually skillful storyteller. Her polished prose and intricate plot will grip even the most skeptical reader. " —The Washington Post 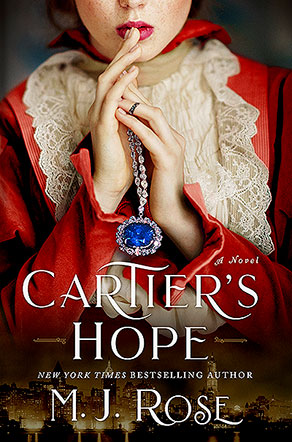 "Rose's latest stand-alone is a Gilded Age gem highlighting social injustices and an ahead-of-her-time woman's resolve to make a difference. Rose's elegant narrative and timely dialog express her characters' humanity and inhumanities, while her research and attention to every detail occasionally make it difficult to separate facts from fiction. A must-read for lovers of atmospheric historical fiction." —Library Journal (Starred Review)

"Rose's newest title is complex and compelling, with many threads of history, plot, and character that weave together into a bold, satisfying tapestry. Along the way, she touches on issues society still faces: power, privilege, anti-Semitism, women's sexual, social, and professional rights, and the never-ending struggle for tolerance and equality. Smart, fierce, lovely, and intricate." —Kirkus (Starred Review)

"A twisting tale of greed, revenge, and masked identities that put love and lives at risk...that shines with as much intrigue and mystery as the Hope Diamond itself." —New York Times bestseller Kristina McMorris, Sold on a Monday

"Nobody conjures up historical mystery like M.J. Rose, and this brilliant, absorbing novel has it all, immersing readers in an unforgettable world that beguiles to the final page. Rose proves once again that her superb storytelling and powerful prose are second to none." —New York Times bestseller, Beatriz Williams, The Golden Hour 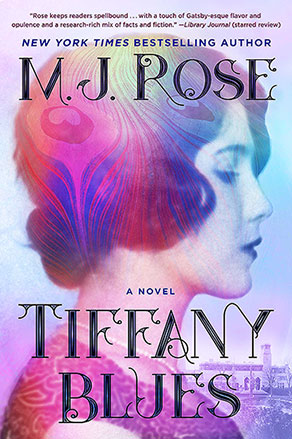 "A lush, romantic historical mystery with a unique setting. Tiffany Blues explores an interesting lost bit of American history and gives us a heroine to root for." —Kristin Hannah, NYT bestselling author of The Nightingale

"A fascinating novel about a young, struggling artist mentored by the celebrated jeweler and stained-glass creator Louis Comfort Tiffany. Tiffany Blues brings together an enchanting glimpse of Jazz Age New York and an inspired fictional story about Jenny Bell and the terrible secret she's hiding." —Christina Baker Kline, #1 NYT bestselling author of Orphan Train and A Piece of the World

Twenty-four-year-old Jenny Bell is one of a dozen burgeoning artists invited to Louis Comfort Tiffany's prestigious artists' colony. Gifted and determined, Jenny vows to avoid distractions and romantic entanglements and take full advantage of the many wonders to be found at Laurelton Hall.

Jenny pushes her demons aside. But between stolen kisses and stolen jewels the champagne flows and the jazz plays on until one moonless night when Jenny's past and present are thrown together in a desperate moment that will threaten her promising future, her love, her friendships, and her very life. Read more... 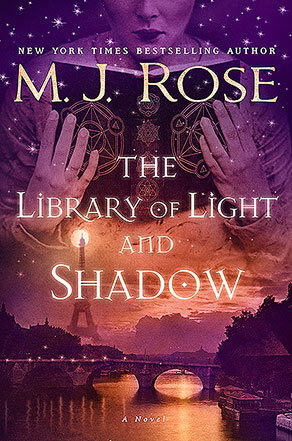 The Library of Light and Shadow

"The history mixed with the multilayers of the narrative will captivate readers." —Associated Press

"An exquisitely written tale of love and obsession... spellbinding... perfect blend of the supernatural, historical and romantic...a tale that many will hold high on their 'keeper' shelf." —RT Reviews Top Pick

"Captures the beauty, elegance, tragedy, and enchantment of Paris during the 1920s... explores magic and the occult from a fascinating and creative angle. A sensuous, sumptuous, and spellbinding novel." —Kirkus

In this riveting and richly drawn novel from "one of the master storytellers of historical fiction" (New York Times bestselling author Beatriz Williams), a talented young artist flees New York for the South of France after one of her scandalous drawings reveals a dark secretand triggers a terrible tragedy.

Trapped in an ancient chateau where hidden knowledge lurks in the shadows, she questions everything and everyone she loves the most — her art, her magick, her family, and Mathieu — in an effort to accept them as the gifts they are. Only there can she shed her fear of loving and living with her eyes wide open. Read more...

Selected by Indie Booksellers for the Indie Next List. 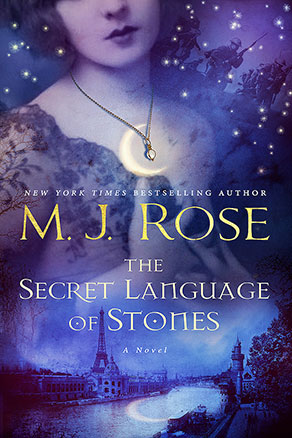 The Secret Language of Stones

"An exciting mix of adventure, intrigue, and romance..." —Booklist

Opaline has a rare gift: a form of lithomancy that allows her to translate the energy emanating from stones. Certain gemstones, combined with a personal item, such as a lock of hair, enable her to receive messages from beyond the grave. In her mind, she is no mystic, but merely a messenger, giving voice to soldiers who died before they were able to properly express themselves to loved ones. Until one day, one of these fallen soldiers communicates a message... directly to her. Read more...

The Witch of Painted Sorrows

"This bell époque thriller is a haunting tale of obsessive passions." —People Magazine

"Rose has a talent for compelling writing, and this time she has outdone herself. Fear, desire, lust and raw emotion ooze off the page." —The New York Times

"An adult fairy tale.. an entrancing read that will be long savored." —Library Journal (Starred Review)

Effortlessly absorbing and richly imagined, with sumptuous detail and spellbinding suspense, The Witch of Painted Sorrows conjures the brilliance and intrigue of Belle Époque Paris and illuminates the fine line between explosive passion, and complete ruination. Read more... 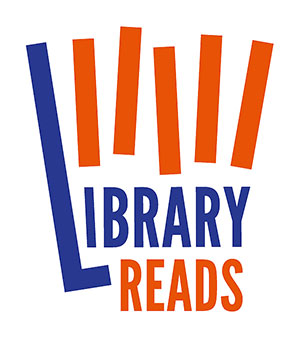 Selected by Indie Booksellers for the Indie Next List and by librarians for the Library Reads List. -->
Connect With M.J.